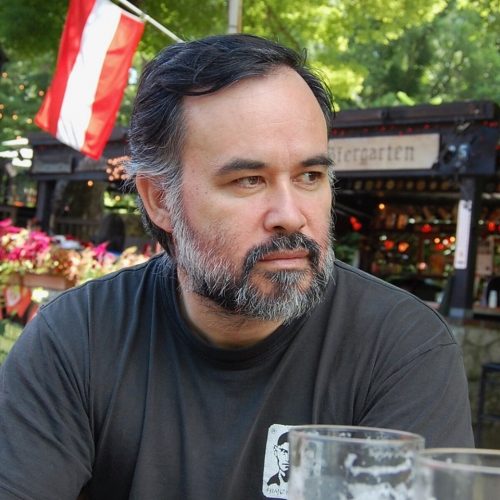 Professor Gómez is a Chilean Poet that has widely published his creative work both in Latin America and Europe. He did his B.A. and Master in Universidad de Chile, his alma mater. His PhD is from The University of Iowa.

He has published nine books of poetry and his work appears in many anthologies, having been partially translated into English, Polish and Basque. He was member of the International Writing Program at The University of Iowa and a Writer in Residence at The Banff Centre for the Arts in Alberta, Canada.

His research interest range from Latin American Poetry to Translation Theory and the Cultural Cold War. After publishing his book La poesía al poder: ensayos sobre poesía hispanoamericana contemporánea (Power to Poetry: essays on Contemporary Hispanic American poetry), delving into the meanders of the relationship between poetry and politics in the new scenarios of a globalized world, professor Gómez is working now in a book-length project centered in the figure of Julián Gorkin, a political activist who was an extremely relevant actor in the Cold War period