Thirty years ago in the United States the answer to this question was obvious. With the United States and the Soviet Union enshrined as the two antagonistic super-powers, news stories about Russian-related topics were on the front-page every day. The government was willing to support research and learning related to our most feared enemy, and students were fascinated by the Soviet enigma.

Today, stories about Russia are no longer as prominent in the American media. But at the same time, within Russia itself there are myriad opportunities for Americans who know Russian. American law firms, businesses and consulting firms expand almost daily and they all need employees with a knowledge of the Russian language.

The Russians’ own appetite for learning English appears to be insatiable, leading to many teaching jobs inside the country. Given ever-increasing globalization as well as the potential for a western-style Russian economy in the future, the need for Americans with a thorough knowledge of Russian language and culture will certainly increase.

Of course, it is possible to do business or work in Russia without knowing the language, but Americans discover very quickly that in order to work effectively with Russians it is necessary to understand their thinking from the inside. And for this, the language and culture of the country are absolutely essential.

The tie of language to culture leads us to one reason for learning Russian that has not changed at all in the past thirty years; the fascination that Russia’s enigmatic culture exerts on Americans. For a huge number of American high-school students an exposure to Russian literature (Dostoevsky in particular) spurs a desire to learn the language in which the works were written. Further acquaintance with living Russian culture only serves to whet the appetite for knowledge that only fluency in the language can provide.

Russian in Your Career

While learning Russian brings personal and intellectual satisfaction, students are also understandably concerned about career opportunities. Is Russian a marketable skill? The answer is definitely yes.

Today, students of Russian have the opportunity to use their language and culture skills in a broad variety of settings in both Russia and the United States. Students go on to work in business as financial and policy analysts for American and Russian companies They work for non-governmental organizations, for publishing houses, for the print and broadcast media. They teach in Russian schools, and consult in fields such as marketing, advertising, aerospace, and computer engineering.

Wherever they work, however, they find that it was a thorough mastery of the Russian language that opened doors for them, doors that would have remained forever closed without language skills and the knowledge of culture that accompanies them.

Russian in the World

There are approximately 5,000 languages used throughout the world today, of which some 130 are spoken by more than one million people and seventy by more than five million. Russian is a member of the Indo-European family of languages, which includes English and the other Germanic languages, the Romance languages and other languages of Europe, the middle East, and the Asian subcontinent. Russian belongs to the Slavic group of languages, which is divided into West Slavic (Czech, Slovak, Polish, and Sorbian), South Slavic (Bulgarian, Croatian, Macedonian, Serbian, and Slovenian), and East Slavic (Russian, Ukrainian, and Belorussian).

Russian is the native language of some 150 million citizens of the Russian Federal Republic It is one of the five official languages of the UN, and ranks with English, Chinese, Hindi, Urdu, and Spanish as a major world language. What is more, Russian remains the unofficial lingua franca of the former Soviet republics, an indispensable communications tool across all of the Caucasus and Central Asia. Russian is a major language for scientific publication, and it is an increasingly important language for business and trade as Russian institutions, both public and private, integrate with their European and American counterparts. Although for the moment the country is not an economic or military superpower, Russia still exerts considerable political influence around the world, and there will always be a need for American specialists in Russian affairs.

Russian and the Russian Alphabet 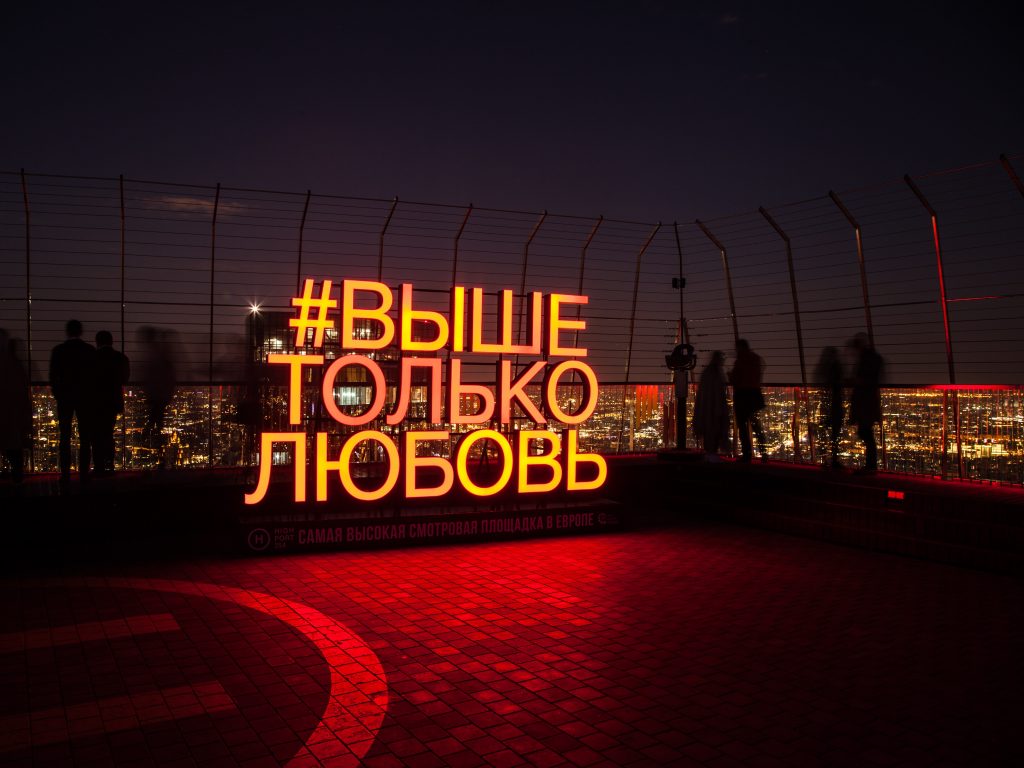 Russian has had the reputation of being a difficult language to learn, and it is indeed somewhat more difficult for a native English speaker than French, Spanish, or German. Nevertheless, as an Indo-European language, it does not differ all that radically from English; and because of the Greek and Latin base of many technical terms, the two languages share far more vocabulary than is generally realized. In addition, one of the results of Russia’s new openness to the West has been a gigantic influx into Russian of words borrowed directly from English. As a result, it is sometimes difficult to tell which language a conversation about, say, computers, is being conducted in.

Of course, the Russian alphabet–called Cyrillic in honor of St. Cyril who 1,000 years ago invented an alphabet used by many Slavic peoples–is different and apprehension about the alphabet is, in fact, one of the most frequently given reasons for not studying Russian. This is unfortunate because the Russian alphabet is not at all difficult to learn. Standard college courses spend only the first week or less on its mastery. Half of the 33 letters of the Russian alphabet resemble English letters, while still others are familiar to us from common Greek letters. Students master Cyrillic early in their studies, and when they have done so they find Russian spelling represents the spoken language more accurately than does English spelling.

(information provided by the American Councils for International Education)